About 2 weeks ago, we were listening to one of the tracks for the new album and Gitika wistfully remarked how she would love to hear a Brass band at the end. Well one thing lead to another and two weeks later an octet from the magnificent Tredegar Town Band arrived at Monnow valley and played on sections of 4 of the track for album number 2. Snippets of video of the band in the studio conducted by Gitika….when the album is released you will be able to name those tunes ! A really exciting session day. 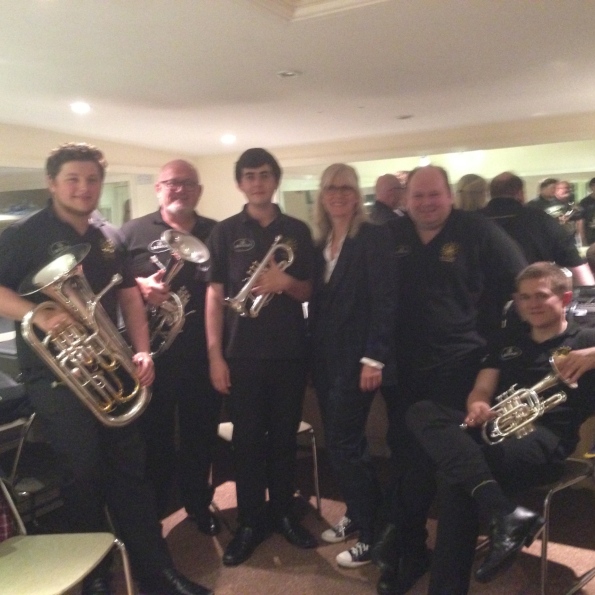 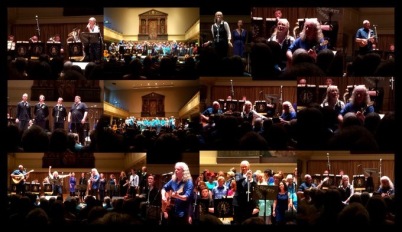 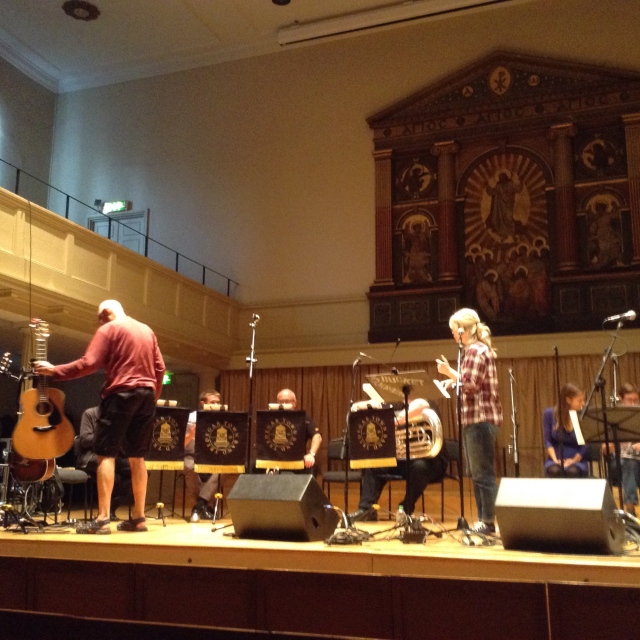 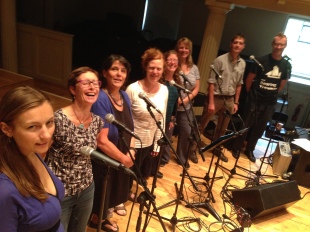 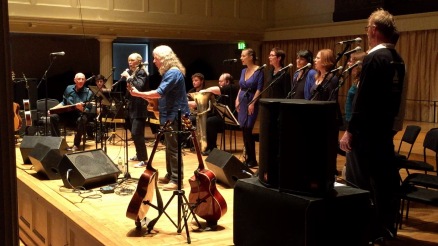 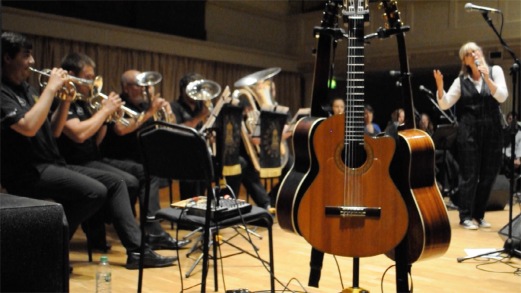 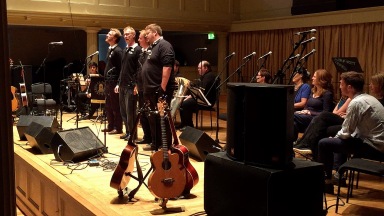 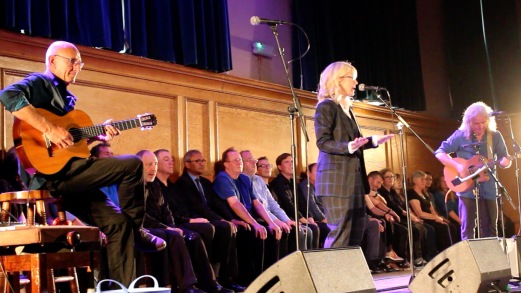 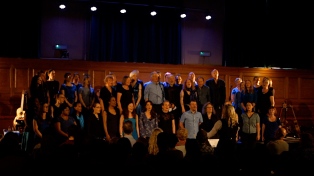 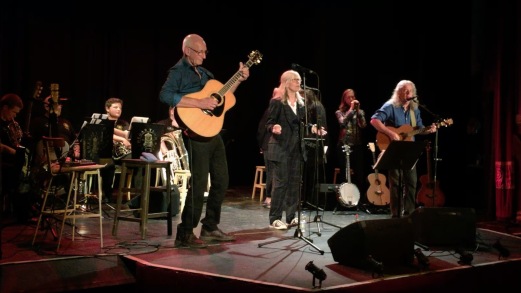